Neal Learner has had a life-long love for music. A multi-instrumentalist and songwriter, his work draws on many influences, from classical and Broadway to bluegrass and rock. Outside of his day job as a reporter and communications professional, Neal teaches violin and voice at the Del Ray School of Music, and cohosts the monthly Great Del Ray Poetry Reading in Alexandria, VA. In October 2021, Neal debuted a series of his violin compositions with Alexandria Poet Laureate KaNikki Jakarta in a performance called Poetry With Strings Attached. His recent musical theater work includes Get Me Home, which premiered online in April 2020 by Taphouse Theatre in Fort Worth, TX. He also wrote the critically praised sung-through musical "LIFE: A Comic Opera in Three Short Acts," which premiered at the 2017 Capital Fringe Festival, and music and lyrics for "Soul Redeemer," book by playwright Paul Handy, which premiered at the 2019 Capital Fringe Festival. In 2010 he released Would You Like to Be a Mermaid, a CD of songs for and about children. Neal performs his music and poetry throughout the Washington, D.C., area, and lives with his wife in Alexandria. 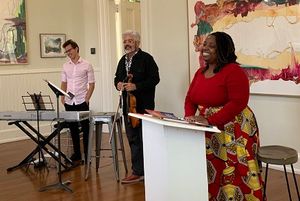 ...Inside the Athenaeum, the words and melodies and harmonies made the art-covered walls come to life; the lines moved across canvas, the colors jumped out of frames. When Learner first reached out to Jakarta with this dual-performance idea, he might not have anticipated such a masterpiece. But that is what it was. A masterpiece, free to witness... 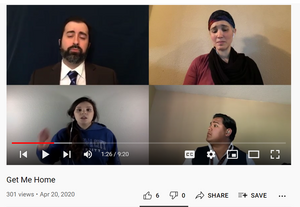 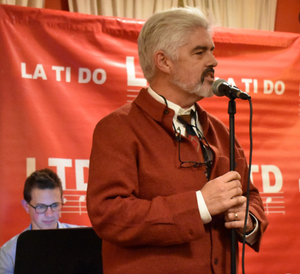 I'm thrilled to present an evening of my music on June 22, 2020, at LaTiDo. I have some great singers lined up who will perform a dozen-plus songs from my recent shows. 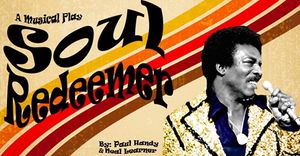 July 8, 2019, Whisk & Quill: ...Handy conceived the show and Learner wrote all eight of the period songs giving the cast free rein to interpret his music and context resulting in a vibrant collaboration and a convincing freshness to his material. Both Monroe and Williams have strong, soulful voices and hot chops that put this one on your must-see Fringe list... 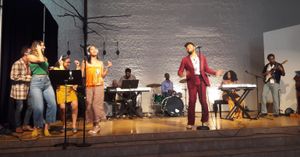 July 10, 2019, DC Metro Theater Arts: ...With over a half dozen songs and standout acting performances, Soul Redeemer is a musical potpourri for ears and hearts...

July 10, 2017, DC Metro Theater Arts: ...LIFE is appropriately named, showing us not just a glimpse of a story, but the way that one person’s story grows into the next’s. And it is brought to life with humor, with wit, and with great energy by this talented cast. 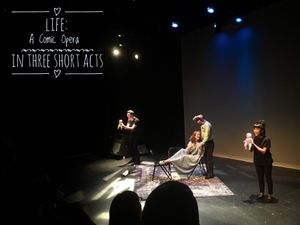 July 10, 2917, The Zebra Theater Review: ...The genius of what Neal Learner has achieved here is combining the various styles of music, the complex rhythms and harmonies, and pairing them with beautiful, interesting voices.  He has also kept the story line simple, and for the most part all the characters behave in pretty much normal ways, just going about their unremarkable lives.  However, through the magic of Learner’s music and brilliant lyrics...we become caught up in their everyday lives and hope for the best outcome possible in each situation.  This show mirrors real life, not a fairy tale, so things pretty much go along without any dreadful tragedies or horrible struggles, just a witty and sometimes moving celebration of the beauty of the arc of life from its beginning to its end. 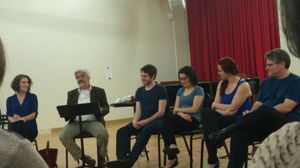 May 18, 2016 DC Metro Theater Arts Review: "...Thank you to Monumental Theatre Company for producing the reading of this impressive new material, and thank you to the creator of the musical, Neal Learner, for highlighting the beauty in the simplicity of this thing called life. I look forward to seeing what comes next for the production and for Monumental." 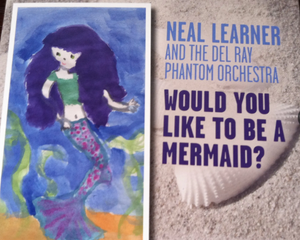 2011 - Neal Learner releases CD "Would You Like to Be A Mermaid?" The first track, Secret of Life, explores questions of what makes life good and real, while Eat Good Food offers some sound advice that anyone might want to follow. Rock & Roll Girl paints a lively musical portrait of Neal’s younger daughter Nina (age 9), and Me in You is a touching personal note to his older daughter Nadia (age 10). Spring is about the simple joys of this wonderful season, and My Kind of Heaven captures the joys of being alive at any time of year. Lullaby Your Eyes starts as a simple song to put young-ones to bed and ends with a surprisingly powerful and uplifting finale. Its companion song, Get Up, is a doo-wop wake-up call that can’t be denied. Hush details every parent’s desire to keep their children safe and secure, while Pretty Birdy is about the support and encouragement that parents give their children as they grow. Hubcap Heaven is just plain silly! And Would You Like to Be a Mermaid? rounds out the CD with some intriguing choices that every child has probably pondered at some point or another. Check it out here.

Hubcap Heaven was featured on the March 19 episode of NPR's Car Talk! Check it out at the link below. The tune starts at 8:30 on Segment 3 of the show's podcast: http://www.cartalk.com/Radio/WeeklyShow/online.html